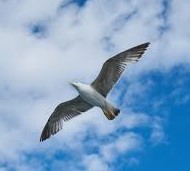 Bill graduated high school at Terry Sanford and went on to further his education at ECU where he obtained his bachelor’s degree. He then became a dedicated insurance agent, owning and operating Abacus Insurance Agency for fifteen years. Bill obtained his real estate license in 2019, working for The Residential Group, where he made a friend in his boss, as well as many clients. Bill loved his Tar Heels, gardening, and cooking on his grill. He was an avid reader, with a thirst for knowledge, always with a new book in his hand. Bill’s greatest joy in life was the birth of his three children.

Bill is survived by his former wife and mother of his children Tamara Jones of Surf City; his children Savannah, Madison, and Wilson Jones of Surf City; his stepson Lane Jacobs of Spring Lake; his sister Pi Craven of Fayetteville, and stepbrothers Dr. Michael Hasty (Tasha) of Virginia Beach, the Hon. David Hasty (Kim) of Fayetteville, and Robbie Hasty (Susan) of Raleigh; as well as many nieces, nephews, and cousins. Bill also had many life-long friends that he thought of as brothers.

Flowers may be sent to Rogers and Breece Funeral Home or Cape Fear Baptist Church of Gray’s Creek.

To send flowers to the family or plant a tree in memory of William "Bill" Wilson Jones III, please visit our floral store.