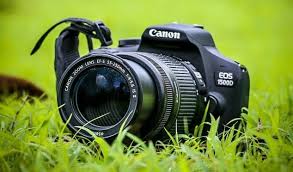 Preceding him in death were his parents, his first wife Nellie Allen Smith, and his son, Mark Anderson Smith.

Ritchie was a proud graduate of Fishburne Military Academy in Waynesboro, VA, UNC- Chapel Hill undergraduate, and North Carolina School of Law.  He practiced law in Fayetteville from 1959 to 2005.  During that time, he served as City Solicitor in the 1960’s, and he was the founding partner of Smith, Dickey, and Dempster PA. He was a past President of the Cumberland County Bar Association and a State Bar Representative for the NC State Bar Association. After retirement Ritchie remained an active member of the Fayetteville Kiwanis Club and Hay Street United Methodist Church.

Anyone who knew Ritchie remembers him for his love of his family and his incredible quick wit & sense of humor.  He was a loyal friend and loved nothing more than being able to help someone.

Granddaughter Nellie:  “Nack” was “a precious human being.  He blessed us with his love, constant support, and laughs.  He would say, “I’m just so dang proud of you I can’t hardly stand it!”

Granddaughter Carolyn:  “We lost an amazing, loving, supportive grandfather after a 2-week battle with COVID.  He was the most giving, supportive, caring person I have ever known and he was always bragging on his kids, grandchildren, and great grandchildren.  He loved technology, his camera, and the ability to share pictures and videos of all us doing what we loved with anyone who would listen. His wit and sense of humor were second to none….He has done more for all of us than we could ever list. His memory will cause everyone who has known him to smile because that is who he was.  A constant source of happiness.”

Granddaughter Charlotte:  “This past Sunday, we said goodbye to our grandfather “Nack.”  While it is hard to find the words to describe the man he was and absolute love he had for his family & friends, there are truly no words to describe the loss felt by his preventable passing.  While most knew him for his reputation as an honest, respected, and fierce attorney, his sense of humor and support were second to none.  Nack was my inspiration-a true mentor and role model- who instilled in me a love all things Carolina, who taught me the value of good sarcasm, and who selflessly provided advice to me and my friends as we navigated our way into the legal profession.  Though he may no longer be with us physically, his legacy and love persist. “

A Memorial Service will be held at 10 AM, Saturday, October 3, 2020 at LaFayette Memorial Park, 2301 Ramsey Street, Fayetteville, NC. The family will receive friends after the graveside service.

Out of respect for the virus that Ritchie fought so bravely, we request that Social Distancing and Facemasks be observed.

In lieu of flowers the family requests memorials be made to Hay Street United Methodist Church in Fayetteville, NC or to Fishburne Military Academy in Waynesboro, VA.

To send flowers to the family or plant a tree in memory of Wilbur Ritchie Smith Jr., please visit our floral store.