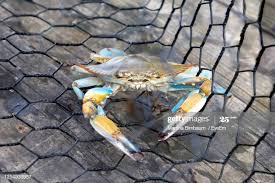 Patricia Huske Schaefer is fondly remembered by young and old for her love of family and friends, generations whom she banded together with her wit and understanding. She died April 12, Easter Sunday morning, at age 83.

From her earliest days she was present in the life of St. John's Episcopal Church where she had been baptized, grew in her Christian faith, and served in any way the church called.

She served on the governing vestry, but surely was drawn more to the humble work of the altar guild, the wedding committee, and the memorials committee, guild which prepared the altar for Sunday services, weddings, and funerals. She delivered weekly communion to Carolina Inn until she was physically unable to do so.

Patricia had her most profound impact between the '70s and early '80s when she and husband Brownie Dickson Schaefer led the church's youth group. The Schaefers had an open-door policy with the youth, and the youth showed up almost daily on the front steps of their Van Story Hills home.

Many of these young people became lifelong friends and devotees of the Schaefers into adulthood. Such friends, now in their 50s and 60s, say the Schaefer home became the place to gather because they were the perfect team to connect to a younger generation - Patricia the loving and humorous foil to Brownie's evenness.

As one said, "Brownie and Patricia truly found joy" in providing a welcoming retreat for the young people of the day. "Accepting" is a word several used to describe Patricia. As another friend noted, "she made you feel loved."

Brownie died in February 2002, a few months after the couple had celebrated their 41st wedding anniversary. He left his mark on Fayetteville's civic life, but he would credit his successes to having his Tricia alongside.

Patricia Pemberton Huske was born in Fayetteville on March 23, 1937, to William O. Huske and Jean Ashcraft Huske. The family operated Huske Hardware House in downtown Fayetteville.  When Brownie and Ben Huske took over at HHH, Patricia and Ben’s wife, Mary Lou, added a gift section to the store.

After college, Mrs. Schaefer returned to Fayetteville and began teaching second grade at Haymount School. She took a pause from teaching when she became a mother to her two children. Years later, she returned to teaching, the second turn at Cliffdale Elementary.

No remembrance of her would be complete without this: Family and friends celebrated her love of catching blue crab in the sounds and marshes of North Carolina beaches. To anyone willing to learn, especially the next generation, she enjoyed teaching the art of coaxing them into the net while pulling bait on the end of a line - and later how to turn them to a dinner-table delicacy.

She also found joy in growing flowers in her garden and following her beloved UNC Tar Heels. Indeed, Carolina blue went well with her blond hair and bright blue eyes.

Ever the practical joker, she delighted in participating in an occasional prank. Friends observed she could take one as well as dish it out, but anyone with experience would advise another to pursue the former only after weighing the risks of the latter. She knew how to get the last laugh.

Mrs. Schaefer was the last survivor of Billy and Jean Huske's children. Her sisters, Jean Huske Dodd and Rosalie Huske Kelly, died in 2007 and 2011, respectively.

She is survived by a daughter, Jean Schaefer Moore, and a son, Dr. William Dickson Schaefer - and their spouses Steven Moore and Emily King Schaefer - all of Fayetteville.  She leaves six grandchildren who will forever cherish their memories of Granny Crab.  Capt. Hampton Moore (Caitlin), Capt. Kirkland Moore, Katie Schaefer Bullard (Chris), William Schaefer, Jane Schaefer, and Anne Schaefer.  She also leaves a pack of nieces, nephews, cousins and friends that she adored.

Patricia will be buried Wednesday in a family graveside ceremony. However, when this pandemic subsides, the family plans to have an open celebration of life in the only manner that their cheerful matriarch would approve - a party with laughter and solidarity.

There so many people to be thanked at Carolina Inn that they cannot all possibly be named. They filled her last years with love, laughter, and tender care.  Her family will be forever grateful to them.

Gifts may be made to the Cumberland Community Foundation as an addition to the Brownie Dickson Schaefer and Patricia Huske Schaefer Memorial Fund for Youth, PO Box 2345, Fayetteville, NC or online at www.cumberlancf.org or to St. John's Episcopal Church, PO Box 722, Fayetteville, NC 28302.

To send flowers to the family or plant a tree in memory of Patricia Huske Schaefer, please visit our floral store.