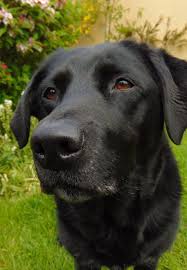 Nicholas was born February 27, 1988 in Fayetteville, NC, where he grew up and attended school. In 2011, he moved to Albemarle, NC and lived in a group home owned and operated by the non-profit organization, GHA Autism Supports. He lived in a beautiful home enjoyed many activities and lived wonderful and fulfilling years there. Nicholas loved the “wind” and walked almost daily in the park in the beautiful town of Albemarle. He had his own bedroom, bathroom and computer room and was happy. He would often have special treats like going to Salisbury to get Krispy Kreme donuts, although he had grown fond of Dunkin Donuts in Albemarle.

Nicholas was an avid opera fan, developing his love of opera at the age of 2, when he first began watching a Luciano Pavarotti Christmas video. His interest in opera singer concerts and opera productions expanded to also include legends Jose Carreras, Placido Domingo, and numerous others. Although he was non-verbal, he recognized all of the arias, singers, and conductors. He also enjoyed going to the movies to see comedies and watching UNC-TV, especially the PBS New Hour, EastEnders, and the McLaughlin group. Like many young adults, he loved searching the internet on his computer and was particularly good at finding many opera singers on YouTube. He loved opera so much that those who spent time with him said that they developed a greater appreciation.

For almost one year, his most favorite outside activity was going over to the neighbors, Jenny and Rudy Singleton, every afternoon. He would wrestle their black Labrador Retriever Nick (commonly referred to as “Nick Dog”) to the ground. Nick Dog seemed to understand Nicholas and would eagerly anticipate his visits. Nicholas’s father was of the opinion that if Nicholas could talk, he would have said that wrestling with Nick Dog was one of the happiest times in his life.

For several years Nicholas enjoyed the beach and spent many days there during the summer in the water with his father and brother, while his mother stood at the water’s edge watching them and waiting with towels in hand. Nicholas knew the routine: Life jackets on them all, and a safety line attached to his jacket which his dad held onto. Everyone was of the opinion that Nicholas always instinctively knew when he would get hit by a wave and would turn this head towards the land to avoid begin hit in the face. It was as if he could feel the pull of the ocean well before the wave came crashing down on him.

His parents and his brother Thomas loved Nicholas dearly and always made sure that he was nurtured and protected. Nicholas was loved by his paternal grandparents, Beth and Tom, maternal grandmother (Yiayia), aunts Katherine and Dena, and cousins, Nick and Rebecca. His parents took him to doctors and specialists all across the state for various diagnostic evaluations. He was officially diagnosed with autism in 1993. In his honor, they established the Nicholas Fasul Finch Autism Fund at the Cumberland Community Foundation, an endowment created for the purpose of supporting programs and services for individuals with autism in the Cumberland County area.

Nicholas attended Cumberland County Schools and received his graduation certificate from Douglas Byrd High School. From its inception in 1996 until he moved to Albemarle. he also attended Camp Sunshine Summer Developmental Day Program, founded in part by his parents. He was always welcomed with loving arms by the all of the camp staff, especially Ms. Sharon, Mr. Frank, and Ms. Margaret and, for that his family was ever so grateful. Nicholas had an infectious laugh that would make everyone around him join in laughter. Those who knew and understood Nicholas always became attached to him and he to them. Before moving to Albemarle, he was especially loved by his support staff and sitters, Sharon Willis, Mary E. Rembert, and Cyndi Horne. They were very “special” to him also, because he always smiled when he saw them.

Nicholas is survived by his parents, Anna and Hank Finch, his brother, Dr. Thomas H. Finch III of New York, NY; his aunts Dena Fasul Potter and Katherine Fasul; cousins Nick Potter and wife Charissa of Fayetteville, Rebecca Potter Cooke of Charlotte, NC and a large extended family in Fayetteville, and others who reside in North Carolina, Florida, Virginia, Greece and Canada.

Due to the coronavirus social distancing requirement, the family will not receive friends. To friends wishing to pay their respects online Google “Rogers and Breece” (then scroll down to Nicholas’ obituary and click on the “Share a Memory” button on the left side of the screen.)

A private funeral service for Nicholas’ immediate family members only will be conducted on Saturday at 1p.m. at Sts. Constantine and Helen Greek Orthodox Church, with Father Alex Papagikos officiating. Interment will follow at Lafayette Memorial Park. Because of the coronavirus, the family asks that friends respect their wishes to keep the funeral service private in order to protect everyone.

For anyone interested, the service will be live streamed. Go to the church website “FAYGREEKCHURCH.COM” and click on the link; or, you may go to http://www.OPTIKOOLILLUSIONS.COM/LIVE/ , scroll down to “User instructions” and you will be able to see the live streaming.

A celebration of life for Nicholas will be held at a later date, at which friends and extended family can remember Nicholas. Honorary pallbearers (in absentia) will be: Dr. George Pantelakos, Dr. Steven Pantelakos, Jamie Pantelakos, Steve Fasul, Jim Lampros, George Perivolaris, Phillip T. McNemar.

In lieu of flowers, memorial contributions can be made to: GHA Autism Supports, PO Box 2487, Albemarle, NC 28002; or to the Cumberland Community Foundation for either the Elaine, Elefteria, and Nick Fasul Memorial Fund or for the Nicholas Fasul Finch Autism Fund, PO Box 2345, Fayetteville, NC 28302.

To send flowers to the family or plant a tree in memory of Nicholas Fasul Finch, please visit our floral store.

Private service to be held at a later date