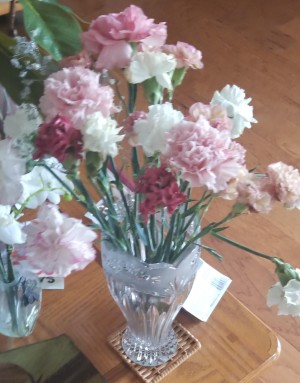 Mary Agnes (Bell) Merkerson, 78, passed away Tuesday, September 1, 2020, with her family by her side in Raeford, North Carolina.

She was born to the late John Henry and Mary Huldah Bell, May 17, 1942, in Rocky Mount, North Carolina.  Mary, affectionately known as “Aggie” or “Agnes,” was a woman of substance, and had a noble heart.  She attended Annie W. Holland Elementary School and graduated from Booker T. Washington High School in Rocky Mount, NC.  She had a love for music and played bells in the Booker T. Washington High School Band.  She continued her education in teaching at Fayetteville State Teachers College and she attended Berkeley Business School in Hicksville, NY, graduating in 1982.

She moved from North Carolina to New York for better opportunities.  In the late '60s, she met her future husband, Alonzo Charles Merkerson, Sr. at a local pool hall and at an NAACP meeting in Long Beach, NY.  She married Alonzo Charles Merkerson Sr. on June 6, 1964, and to that union was born Cassandra, Alonzo Charles Jr., and the twins, Natasha, and Shrifa.  She educated her children on the civil rights movement, on racism, and their black heritage.  As children, they remembered a song that she made up when getting them up in the morning for school "It's time to get up, it's time to get up, oh what a wonderful day, as we run, and skip and be on our way, oh what a wonderful day."

She was baptized as one of Jehovah's Witnesses in 1970 and has been a faithful servant for 50 years. She enjoyed attending meetings, assemblies, and conventions of Jehovah's Witnesses. She also enjoyed in-depth Bible discussions, studying the Bible, and teaching her children about Jehovah. Her favorite two scriptures from the Bible "May my prayer be as incense prepared before you, My uplifted hands like the evening grain offering."— Psalm 141:2 and "Your word is a lamp to my foot, And a light for my path." — Psalm 119:105.  Mary was known for being kind, sweet, having a calming spirit, and an upholder of Jehovah's righteous standards.

To send flowers to the family or plant a tree in memory of Mary Agnes (Bell) Merkerson, please visit our floral store.