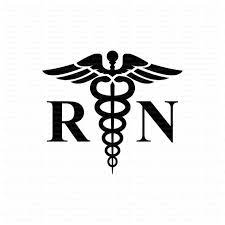 Margaret Irene Wilcox (Reece) Robinson was at home, with loving family members, as she peacefully passed into heaven on May 16, 2021. There she joined family and friends that went before her, and of course Elvis and Elvira.

Margaret was born May 11, 1945, in Clintwood, Virginia, to William (Bill) John Wilcox and Mildred Couch Wilcox. At a young age she moved with her family to Hilliard, Ohio, but always considered the mountains of Virginia her home and returned often. She graduated from Hilliard High School and began her journey to become a nurse; having volunteered her junior and senior years of high school as a Candy Striper. She married Earl Wayne Reece, her high school sweetheart, and put her nursing ambitions on hold to raise a family. Her firstborn was James Earl (Jim) Reece and soon after her first daughter, Susan Lynn was born. Unfortunately, Susan only survived a few days but remained in Margaret’s heart and thoughts her entire life. Next in the family was Diana Sue and a few years later Samie Ray, followed by Corrina Denene. Tragedy struck when Earl and Samie Ray were fatally injured in an automobile accident.

In 1972, to his joy and delight, Margaret accepted Emmitt Wayne (Rob) Robinson’s marriage proposal, a marriage that lasted over 49 years here on earth but will be eternal when he joins her later. Emmitt proudly became a Dad (not a step-dad) to Jim, Diana, and Corrina the day he married Margaret. They completed the family by adding David Shane Robinson and Laura Nicole (Robinson) Couch to the family.

In 1982 Margaret decided the kids were old enough and self-sufficient enough that she could return to school to finish her degree in Nursing. Although school was demanding, family was always the first priority. Through perseverance and hard work she graduated, passed the State Boards, and became a Registered Nurse. Her first position as a Nurse was at Cape Fear Valley Medical Center, 6-South, where she remained for her entire nursing career and became certified in Oncology. Margaret retired from Cape Fear Medical Center as a Charge Nurse after more than twenty years.

Upon her retirement she became the perfect Grandmother (MawMaw) and immediately set about spoiling the grandkids; another job she proved to be excellent at doing.

Margaret was preceded in death by her maternal grandparents, Alonso and Cora Couch of VA; her parents, William and Mildred Couch of OH; her first husband Earl; daughter Susan Lynn and son Samie Ray of OH; and brothers, James (Sandy) Wilcox of NV and Fred (Nancy) Wilcox of OH.

The family would like to thank Marcus Hunt for the love and amazing care he provided their Mom over the last years of her life. Margaret and Mark became the closest of friends and he ensured “if she wanted it, she got it.”

To send flowers to the family or plant a tree in memory of Margaret Irene Wilcox (Reece) Robinson, please visit our floral store.