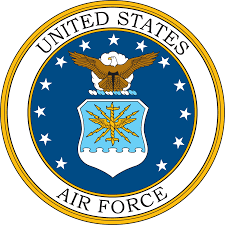 Fayetteville-Kenneth Alan Weymouth, 81 passed away peacefully in his sleep on Tuesday, October 6, 2020 at his home.

He was born in Waterville, Maine on July 23, 1939 to Kenneth Jerome Weymouth and Myrtle Milliken.  He met his late wife Pudenciana Tiotuyco when he served on active duty at Clark Air Base, Philippines in 1959.

Kenneth Weymouth is a 1957 graduate of Camden High School in Camden, Maine.  Shortly thereafter he began a 24-year career in the United States Air Force in the communications field. He was stationed at multiple locations around the world to include Clark Air Base, Philippines where he had met his wife of 57 years. After retirement, he enjoyed traveling on the road to visit family in numerous states along the East coast.  He enjoyed life, loved his family and spending time with his retired friends.

He is preceded in death by his beloved wife, Pudenciana and sister Pendra Legasse of Camden, Maine.

A private memorial service will be held at a future date.

In lieu of flowers, donations may be made to the American Cancer Society or a charity of your choice.

To send flowers to the family or plant a tree in memory of MSGT (Ret) Kenneth Alan Weymouth, please visit our floral store.

Private service to be held at a later date