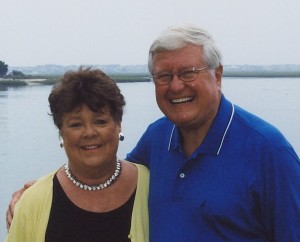 Mr. Glenn Reginald Jernigan, 82, passed away peacefully on Friday, September 3, 2021.  Mr. Jernigan was the youngest of 14 children born to Claude and Lydia Jones Jernigan in Lenoir County.  The family moved to Fayetteville and lived along North Ramsey Street.  He graduated from Fayetteville High School in 1957 where he was voted senior class president.  Mr. Jernigan was an outstanding athlete and played on the 1957 State Championship football team.  He attended Campbell University where he was class president again and voted “Outstanding Student,” and graduated in 1961 from East Carolina University.  He returned to Fayetteville and married his high school sweetheart, Jane Clark in 1963.  Glenn and Jane celebrated 50 years of marriage and had two children and four grandchildren.

Mr. Jernigan worked in banking and real estate before devoting the remainder of his career in Governmental affairs.  He served two terms in the N.C. State House of Representatives from 1971-1975 and served three terms in the N.C. Senate from 1975-1982.  He was appointed and served as Director of Employment Security Commission of the State of North Carolina.  Mr. Jernigan founded Glenn Jernigan & Associates and later retired in 2017.

Mr. Jernigan was a member of the Kiwanis Club of Fayetteville for 58 years and served as President of Kiwanis Club in 2002.  He won numerous awards for his service in Kiwanis.  He was also the Chair of the Farm City week committee for over 25 years.  Mr. Jernigan was Inducted into the Cumberland County Agriculture Hall of Fame November 21, 2014.

Mr. Jernigan was a devoted member of Highland Presbyterian Church and taught Sunday School there for more than 30 years.

Mr. Jernigan is preceded in death by his loving wife, Jane Clark Jernigan; his parents, Claude, and Lydia Jernigan; six brothers and 7 sisters.

A graveside service for Glenn Jernigan Sr will be held at Lafayette Memorial Park, Saturday September 11, 2021, at 3 pm.

To send flowers to the family or plant a tree in memory of Glenn Jernigan Sr., please visit our floral store.

You can still show your support by sending flowers directly to the family, or by planting a memorial tree in the memory of Glenn Jernigan Sr.
Share a memory
© 2022 Rogers & Breece Funeral Service. All Rights Reserved. Funeral Home website by CFS & TA | Terms of Use | Privacy Policy | Accessibility