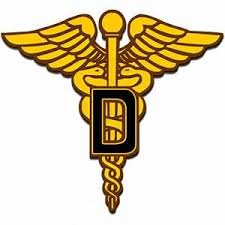 Dr. Maxwell served in the US Army in 1942-1944 and in the US Navy as a dental officer during the Korean War.

He began his practice of dentistry in Fayetteville in August 1947 and retired in September 2007.

He was a 33rd Degree Mason, a member of the Allied Masonic Degrees, Knights Templar and Chapter 97 National Sojourners, and Sudan Temple Shrine.

He helped organize and participated in 7 mission trips to Mexico and supervised the dental services.

Dr. Maxwell was married to Jolene Cann Pope on November 28, 1970.  He is also survived by Susan and Terry Ross of Athens, Joanne and Robert Shumaker of Lake Oconee, and Mark and Linda Pope of Fayetteville, five grandchildren and 13 great grandchildren.  He was preceded in death by son, Lewis Pope, and granddaughter Courtney Shumaker Cloer. Survivors also include nieces and nephews.

Dr. Maxwell loved to travel, and his favorite trip was to the Israel and Italy in 1996. He was a fan of the UNC Tar Heels and attended many football and basketball games in Chapel Hill. After retirement he learned to play bridge. A condo at North Myrtle beach was a favorite place for family and friends for many years.

A Graveside Service will be held at Falcon Memorial Cemetery on Saturday, September 21, 2019 at 3PM.

To send flowers to the family or plant a tree in memory of Dr. Harold Erastus Maxwell, please visit our floral store.