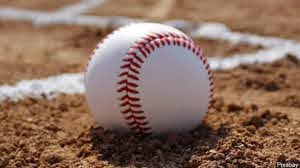 Donald “Donnie” Ray Lowder Jr., 35 passed away on Thursday, November 26, 2020. He was born in Fayetteville, NC in 1985 to Donald Ray Lowder Sr. and Leslie Diane Branham. After graduating from Southview High School Donnie enlisted in the US Marines serving proudly as a Rifleman in the Infantry Division from 2004 to 2008.

Donnie loved baseball, he started in T-ball and played through high school, where he was MVP his senior. He continued playing on his church league.

Donnie will be missed dearly and forever by his family and friends. Those who knew him would describe him as having the biggest heart and a gift of giving. He loved the Lord and was an outdoors man at heart. He loved to make us laugh and was a true blessing to his family. His memories will forever keep a smile on our faces and warmth in our hearts.

A funeral service will be held at 12 PM on Tuesday, December 1, 2020 at Southview Baptist Church in Hope Mills. The family will greet friends an hour prior to the service at the church. A private interment will be held at Sandhills State Veterans Cemetery.

To send flowers to the family or plant a tree in memory of Donald Ray Lowder Jr., please visit our floral store.