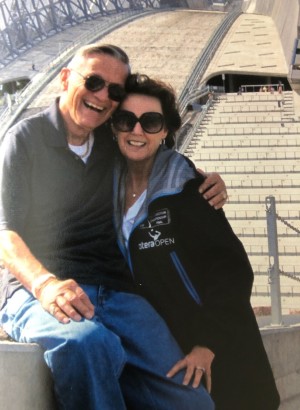 He was preceded in death by his brother Arthur C Cox Jr, and his wife, Peggy Mae “Petey” Petersen Cox.

COL Jack (as he was often called) was one incredible individual, and we are all immensely blessed to have had him in our lives. An airborne engineer legend of our times, no one will ever replicate Jack Cox's service to our Army and Soldiers over the past 70 years since graduating from West Point in 1949. A WW II era veteran, he first saw combat in Korea and then again in Vietnam. He also had overseas assignments in Germany and Korea again where he commanded the 36th Engineer Group. But the time he will be mostly remembered for are the many years he spent at Fort Bragg, starting with his time in the 307th Engineer Battalion as a Major and later as the Battalion Commander. He completed his 30 years of active duty at Fort Bragg serving as the XVIII Airborne Corps G4 and later the first ever Garrison Commander. After retiring in 1979, Jack worked in the local community for a few years and then returned to work on Fort Bragg in the Directorate of Engineering and Housing as the installation’s Master Planner where it is said he was personally responsible for the design and construction oversight of over 100 new buildings on Fort Bragg. After retiring from civil service in 1998, Jack went to work as a teller at the First Citizen’s Bank on Fort Bragg and then later served as a volunteer for almost 20 years at the USO and the Fayetteville Chamber of Commerce so he could continue to “serve” Soldiers and their Families.

Throughout this entire period Jack also served as the Head Usher and Chapel coordinator for the Main Post Chapel on Fort Bragg, where his love of God was ever present and shared with thousands as they came to church each Sunday. Jack was also a mainstay with the Braxton Bragg AUSA Chapter and served on many Boards and committees in the community, always with the idea making a difference in the lives of many and giving back to those in need. The consummate Father, Husband, Soldier, Mentor and Friend to all, Jack loved his family dearly and Soldiers were his heroes, especially paratroopers, and he will be sorely missed.

The family will receive friends on Saturday, 12 December 2020 from 3 to 5PM at Rogers and Breece Funeral Home. A Memorial Service will be held at 3PM on Sunday, 13 December 2020 at Fort Bragg Main Post Chapel.

To send flowers to the family or plant a tree in memory of Cleatus Jack Cox, please visit our floral store.