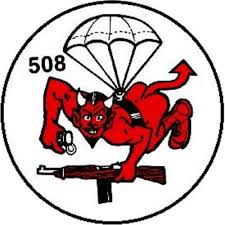 The Funeral Service will  be held at MANNA Church on Cliffdale Road at 11:30 AM

His family was engaged in farming in Oklahoma and he worked the family farm until he joined the Civilian Conservation Corp at age 17.  Following Pearl Harbor he helped build Camp Gruber, OK and Camp Hale, CO.  and then traveled to Vallejo, CA where he built ships.  In 1942 he joined the US Army and became an original member of the 508th Parachute Infantry Regiment.  After training at Camp Blanding, FL and Camp Mackall, NC his unit was deployed to Ireland, Scotland and England to train for D-Day.  Around midnight on June 5th 1944 the 2056 officers and soldiers of the 508th PIR loaded onto 120 C-47’s and parachuted into Normandy, France in the early morning of June 6th, 1944.  Corporal Merritt fought for 37 days without relief, including an attack on a critical German machine gun position on July 4th for which he was awarded the Silver Star.  After their withdrawal from Normandy the 508th PIR trained for Operation Market Garden and on September 17, 1944 he parachuted into Holland where he and his unit fought for 67 days.  After Operation Market Garden his unit fought in the Battle of the Bulge that occurred from 18 Dec 1944 through 25 January 1945.  Following the German defeat, the 508th PIR served as General Eisenhower’s honor guard in Frankfurt, Germany.

Rock Merritt remained in the US Army for 35 years achieving the rank of Command Sergeant Major.  His overseas tours of duty included Korea, Dominican Republic, Vietnam, and Panama.  He served as the CSM of 18th Airborne Corps twice retiring from that position in October 1977.  In addition to his Silver Star, he was also awarded the Legion of Merit, Bronze Star with two oak leaf clusters, Meritorious Service medal with two clusters, Army Commendation Medal with three clusters, Combat Infantry Badge, Presidential Unit Citation, Master Parachutists Badge with two combat jump stars, National Defense Medal, European Theater of Operations Medal with invasion Arrowhead and four battle stars, European Victory Medal and the Occupation Medal with Germany Bar, French Fourragère with Palm, Belgium Fourragère, Orange Lanyard of the Royal Netherlands Army and the French Legion of Honor.   The State of North Carolina awarded him the Order of the Long Leaf Pine in 1977.

Following his retirement from the US Army, Rock continued his involvement in the 508th PIR Association, serving as its President five times.  He was an active member of St. Matthews United Methodist Church and served on various committees. With his wife Sally at his side, he devoted many hours to fishing on the North Carolina coast and camping on Topsail Island.  In addition, he was an avid pinochle player. In his later years, he was highly sought after to give speeches on the D-Day invasion of Normandy.  For the 70th anniversary of D-Day June 6th, 2014 he was featured in President Obama’s speech at the American Cemetery on Omaha Beach, France.  In addition, he was privileged to represent the US at the Heads of State Luncheon in Caen, France and flew with the President aboard Marine One helicopter and met various European heads of state.

To send flowers to the family or plant a tree in memory of CSM (Ret) Kenneth J. Merritt, please visit our floral store.