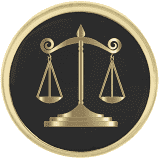 Richard McKenzie Wiggins of Fayetteville passed away Saturday, May 4, 2019, in his home surrounded by family and friends.  Richard was the son of George McKenzie Wiggins and wife, Helen Campbell Wiggins.

Richard was born in Cumberland County, graduated from the public schools there, attended the University of North Carolina and graduated from UNC in 1955.   Unfortunately, he wasn’t sure what he wanted to do after graduation; however, his parents taught him that it was important to help other people, and he thought he could best help people if he were a lawyer.  With this in the back of his mind and after almost going into public service in municipal administration and management, he decided to go to law school.  After three years of diligent study, he graduated from UNC Law School in 1958.

Prior to graduating law school, Richard clerked in the Fayetteville office of Sanford, Phillips, and Weaver.  He spent his clerkship learning to search titles and driving Terry Sanford to political events as he was beginning to gear up for the gubernatorial race of 1960.  After graduation, he was invited to join that firm.  Dick Phillips was his first mentor, and he taught Richard many things, including the need to be as technically correct as possible and the need to pursue every avenue in trying to solve a legal problem.  Moreover, the firm had other outstanding lawyers with great client relationship skills, such as Terry Sanford, Don McCoy and Stacy Weaver, and all of these were a great help to Richard as he learned to be a lawyer.

During Richard’s first few years in practice, he did what all country lawyers did: try drunk driving cases and petty misdemeanors, try personal injury cases, and search many titles.  As he progressed in his practice, Richard graduated to more demanding and more complicated cases.  Over the course of his practice, he has defended a number of capital cases, and none of his clients have ever received the death penalty.  As the years progressed, Richard’s practice evolved to performing defense work for several insurance companies and this work took him all across the country.  As Richard’s practice matured, he let it be known that he hoped that his practice would be known for a dedication to assisting the poor, the injured and those who have been cheated or otherwise wronged.

Richard’s impact on the legal profession, both local and state-wide, is difficult to quantify.  As he was mentored by others, Richard made it a particular point of emphasis of his practice to mentor many other young attorneys, all of whom have benefitted from the breadth of his knowledge and the exactness of his skill, both in trying cases and, just as importantly, interacting with and helping clients.  Richard was also just as dedicated to assisting those of limited means or with “minor” issues as he was to representing large corporations or clients involved with complex commercial lawsuits.  Perhaps the greatest measure of Richard’s impact upon the legal profession is best evidenced by the civility and dedication, both with clients and opposing counsel, with which he practiced law in a career that spanned more than sixty years.  He truly set the standard for zealously advocating his client’s position while simultaneously being civil, cordial and professional with opposing counsel and the court.

Richard has served as the Cumberland County Bar Association president and has served on numerous bar-related committees at the local and state levels.  Richard has previously been recognized by Legal Services of NC for his outstanding work in the Access to Justice Campaign and honored by the UNC School of Law for a lifetime of pro bono service.  His awards and recognitions are many.  Among them, he received the NCBA Centennial Award; induction into to the NCBA General Practice Hall of Fame; and, most recently, the North Carolina State Bar’s John B. McMillian Distinguished Service Award in recognition of his sterling record of integrity, hard work, and professionalism over his many decades of practice.

Richard was preceded in death by his parents; his wife, Peggy S. Wiggins; his daughter, Debbie Wiggins Hargis; and his brother, Bobby Wiggins.