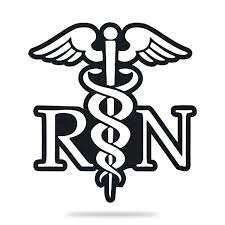 DUNN NC – Ora “Sis” Spell Roegiers went to be with “Our Lord and Savior, Jesus Christ” on Monday, January 6, 2020 in Middletown, CT where she had lived for the past year following an illness.

Mrs. Roegiers was born on September 30, 1924, in Autryville NC, the daughter of Libby and Florence Spell. She married Vincent D. Roegiers on June 30, 1948 in Fayetteville, NC. He passed on January 27, 2011 and has been patiently waiting for his first love, Ora.

She was referred to as “Sis” her entire life by her family and friends.  She would grow up to be a sister, a friend, an Aunt, a wife, grandmother, great-grandmother and a wonderful mother. She was such a strong woman and such a good person. She loved her family more than life itself. She was the rock and foundation of her family. She was a graduate of Highsmith Nursing School in Fayetteville, NC.  She was an Army RN thru the Army Corp of Nurses as well as an RN in the civilian work force. Her whole goal in life seem to be taking care of people and she did that her entire life, worrying and doing more for others than herself. She would attend Halls Methodist Church in Autryville NC, as that was the church of her youth but with her marriage had converted to Catholicism and was member of St. Elizabeth Ann Seton Catholic Church in Fayetteville, NC.

Visitation will be Monday January 13, 2020 beginning at 9:00am at Rogers & Breece Funeral Home with the Funeral Service beginning at 10:30am with her brother Lutrell Spell officiating.  Burial will be 12:00pm at the Sandhills VA Cemetery, Ft. Bragg, NC.

In lieu of flowers, donations can be made to the upkeep of the Spell Family Cemetery.  Contact Janet Roberts at 910.670.4023 or by email at janetroberts1104@gmail.com

To send flowers to the family or plant a tree in memory of Ora "Sis" Spell Roegiers, please visit our floral store.