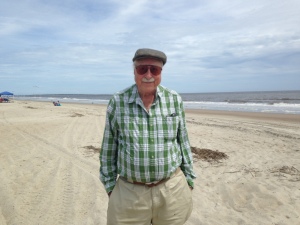 Mr. Jean Pierre LeGloahec, 88, of Cameron NC passed away on 20 April at Duke Raleigh Hospital after a short illness.

Jean Pierre was born in L’Aberwrach, France and immigrated with his family to the US in 1936. In 1956, he met and married his one true love, Gayle Rogers of Rockland, Maine. He graduated from the University of Maine in 1957 with a degree in Engineering. He worked in the Pulp and Paper industry for over 40 years. He started his career designing the felts that went on the rollers that processed the wood pulp into paper. He moved into management and then took a position as Regional Manager of Europe before coming back to the States. One of his last positions was in sales where he consistently ranked as one of the top sellers of pulp and paper equipment in New England. He retired in 1997 and then moved to North Carolina 10 years later to be closer to his children.

Blessed with 55 years of marriage, Jean Pierre and Gayle were finally separated upon her death in 2011.

A man of class and honor, Jean Pierre was a true gentleman and scholar, who will be greatly missed by his family and friends.

Jean Pierre is survived by his 5 children - Victor, Lynne, Anne, Valerie, and Eric, his sister Anne Ayers, numerous nephews and nieces and 9 grandchildren.

The family will receive friends on 27 April from 3-5 pm at Rogers and Breece Funeral Home.

A funeral service will be held in Rockland, ME at a later date.

A lifelong pet owner, the family requests that in lieu of flowers, memorial contributions be made to your local No Kill animal shelter.

To send flowers to the family or plant a tree in memory of Jean Pierre LeGloahec, please visit our floral store.