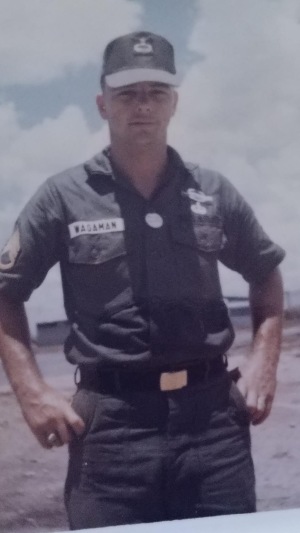 Donald, an 82nd Airborne Division Veteran served as an Infantryman and as a Calvary Scout during his 21 years of Honorable service. He served as a Drill Sergeant and earned his Master Parachutist Badge, Combat Infantryman Badge, and was also awarded the Bronze Star Medal for Meritorious Service during one of his three tours of duty in Vietnam.

Not only was Donald a decorated soldier, he was also a devoted husband, father, grandfather and great grandfather. Donald will be eternally missed by family and friends.

He is survived by his two sons, Donald Wagaman Jr. and Gregory Wagaman. He was a proud grandfather of four grandchildren and four great grandchildren. He was preceded in death by his loving wife Freda E. Wagaman.

A Memorial Service with full military honors will be held at Rogers and Breece Chapel on Saturday, November 2, 2019 at 4PM. The family will receive friends from 2 to 3:45PM prior to the service.

To send flowers to the family or plant a tree in memory of Donald William Wagaman Sr., please visit our floral store.